Japanese, please. Have you ever tasted a green tea KitKat? It’s dope and good luck getting one stateside. You could wait until you or a friend takes a Tokyo trip—or you could get yourself a Bokksu subscription. Bokksu delivers authentic Japanese snacks, candies, and teas sourced directly from centuries-old small family businesses. Included in each monthly box are a curated selection of 20-24 snacks and teas.

The Challenge: Make the Snack Shopping Experience as Fast as Possible

Bokksu is a Shopify native merchant and they plan to stay on Shopify.  “We've had app creep, if that's a word—more apps get added to our store because we're trying to have X feature, Y feature, and we also custom develop features ourselves, and add scripts in,” Bokksu Founder & CEO Danny Taing says. The more they add, the more it seems to slow their website down—and that hurts conversion rates and makes for a worse user experience.

Danny was impressed with Edgemesh’s pre-caching capabilities to preload and help speed up the user experience. “On the user side, they feel like things load faster and that's what's important,” Danny said.  “We'd see that Edgemesh super accelerated a lot of the customers’ experiences, which is just generally positive,” he says. “Ostensibly, having a faster load speed would improve their user experience, and then conversion rates,” Danny notes.

Logistics In The Time Of COVID

Bokksu’s entire supply chain and operations is from Japan to about 100 countries globally. Everything is sourced there from these family snack businesses, it's been packed there, into curated monthly subscription boxes and they're shipped directly to consumers cross-border shipping. “As you imagine just from that explanation, literally every aspect of that, supply chain or logistics operations, kind of broke down at some point in this past year,” Danny said. When COVID hit in March 2020,  Bokksu’s customer acquisition cost went through the roof.  Sales were down and the company had some investors pull out because they were in the middle of a second fundraising round at that time. “They were like, nobody needs premium Japanese snacks during a pandemic; people are going to be buying necessities,” Danny said. But after just a few weeks in quarantine seemed, Bokksu saw a surge in orders of people wanting experiences. They couldn’t travel, they couldn’t even dine out at a local Japanese restaurant. They couldn’t go anywhere but they could get things delivered. “At its core, Bokksu is an experience in a box,” Danny said. Things started to pick up in late March 2020 and things have been on the up and up since then.

In mid April 2020, global shipping started shutting down and Bokksu used Japan Post to ship everything from Japan to the rest of the world. Japan first started announcing shipping suspensions to countries all throughout the world. Later that month, Japan Post announced the shipping suspension to the U.S. “We were like, oh my god, that is 70% of our business,” Danny said. Bokksu pushed off the renewals. “We kept taking U.S. orders, because I was convinced I could try and find some type of alternative shipping solution,” Danny said. He spent two weeks talking to logistics professionals and found an alternative shipping solution to keep shipping to the U.S. in a roundabout way.

A Risk That Paid Off

Bokksu became one of the few companies left that were able to ship from Japan to the U.S. and the world in general. “We then started seeing pretty explosive growth last year, we went from like 10,000 subscribers and the beginning of last year to finishing the year with 30,000 subscribers and we tripled in 2020 despite all the headwinds,” Danny explained. Despite the increased shipping costs, despite the fact that Bokksu didn't pass the increased shipping costs to the customers because Danny thought this was going to be a three to six month thing. In other words, he kept eating the margins. “That was bad for us in terms of a burn but then good for us in terms of customer acquisition and growth because we're the only ones to offer free shipping,” he said.

Rising To The Customer Support Challenge

Customer support is more granular now, because the customer shipping concerns are different month to month based on the shipping method used, and also in terms of curation, Danny says. Fortunately, Bokksu works with hundreds of suppliers throughout Japan—particularly, small family businesses as well as larger wholesalers. “Some snacks stopped manufacturing because there just wasn't enough business and tourism was down, and so some items just disappeared overnight,” Danny said. Bokksu had to redo many of its curations to reconfigure boxes according to what was available. “Fortunately, because we have so many suppliers, when one went away, we can still buy different things from others,” he said.

It’s one of Bokku’s all-time best sellers, called a white strawberry. “It's a white chocolate-infused strawberry from Nagano Prefecture, and the maker there has a patented process where it's not covered,” he explains. “It's a strawberry that's from a farm in Nagano and freeze dried to remove the water content, then infused with liquid white chocolate,” he says. He had us at “patented process.” Stay tuned for a new dark chocolate version, coming in September.

Danny notes that ecommerce and subscription boxes in general went up this past year. The majority of Bokksu’s customers are not Japanese; 75% are not Asian. “We bridge to the mainstream, where it's all people looking to experience new cultures, new flavors, really delicious food,” he explains. Many of Bokksu’s customers were planning on traveling to Japan this year for the Olympics, or had a honeymoon scheduled in Japan that got canceled, and many others simply love Japan. In a time when we couldn’t even frequent a Japanese restaurant in person, this was a way to enjoy a cultural experience while in quarantine.

Happy clients from all around the world. 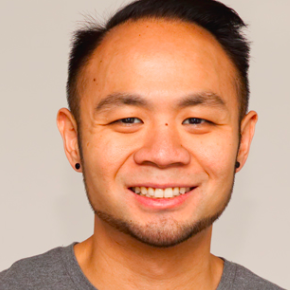 We'd see that Edgemesh super accelerated a lot of the customers’ experiences, which is just generally positive.
Danny Taing

Ostensibly, having a faster load speed would improve their user experience, and then conversion rates.
Danny Taing