Colin Wayne, CEO of Redline Steel, is a man with an unparalleled work ethic and focus. In 2012, while serving with the US Army in Afghanistan, he was wounded by an enemy mortar that sent shrapnel tearing through his body. Refusing to let the injury define him, he poured his energy into physical therapy and rebuilding his strength.

One year later, Wayne had become a fitness icon and garnered a 3 million-strong social media following. Having achieved his fitness goals, Wayne then set his focus on financial goals. In 2016, he launched Redline Steel, the red-hot home decor manufacturing company whose products are 100% Made in America, with American Materials. In just 3 years, Wayne grew Redline from an idea into a multi-million-dollar business.

Today, Wayne and the ever-expanding Redline team are relentlessly focused on innovation and is not only the first to market but the best on the market - becoming an eight-figure revenue enterprise in under 3 years. Armed with a powerful product portfolio, a killer design team, and an extensive social media presence, Redline knows how to reach new visitors and drive them to their site. However, Wayne and his team knew that the ratio of visitors to buying customers (the e-commerce conversion rate) seemed low and that load speed was an overall issue, but to what extent was unknown. With the 2019 Black Friday season a few months away, Wayne and his Director of Marketing Abdul Alaa took a hard look at how to increase Redline's conversion rate.

With a seven-figure marketing budget and an advanced marketing platform, the Redline team had both the capital and expertise to rapidly find new customers and "get the click". However, if that click didn’t convert into a sale, that's not just a missed opportunity - it's a wasted advertising expense.

Redline's data showed that a high percentage of visitors were perfect potential customers, yet the actual conversion rates left room for improvement. Conversion rates are a measure of an e-commerce company’s efficiency, and Wayne is a man who prides himself on efficiency.

Abdul knew all too well from previous experience that a store's page speed was not only a major search ranking factor but also a key component in driving conversions. He knew that no matter how perfect the product is, visitors need the experience to be fast. It was time to cut the fat and get Redline running at top speed.

The Solution: Next Generation In-Browser Acceleration

"Everyone knows how to make their store faster - just remove every app! But that's a useless suggestion. You need to keep the foundation, upsell capabilities, key site features and intelligence in the platform. You can't just strip it down to its bare bones and expect the same results.” said Abdul. [Director of Marketing, Redline]

After evaluating more complicated and low-performing solutions (some ranging from 15-45k), Redline found Edgemesh Business for Shopify. With just a few clicks and without the assistance of a developer, RedlineSteel.com was Edgemesh accelerated.

The Impact: Speed as a Silver Bullet

After 90 days, including a record-breaking Black Friday and Cyber Monday season, the numbers confirmed what Wayne and the Redline team had believed: SPEED MATTERS. Visitors that were accelerated by Edgemesh had a two times higher conversion rate and a 34% higher checkout value. Revenue per user doubled, and advertising and search relevance increased. Best of all, the Redline team could analyze the impact directly inside their current tools, such as Google Analytics, to see a side-by-side comparison of accelerated vs. non-accelerated users.

"Success is about focusing on the little things and constantly driving the team toward perfection. With Edgemesh, we've taken RedlineSteel.com from six seconds to three, and we've got our eye on breaking the two-second barrier. The numbers speak for themselves. If you deliver an industry-leading e-commerce performance, you'll get industry-leading results,” said Wayne.

Happy clients from all around the world. 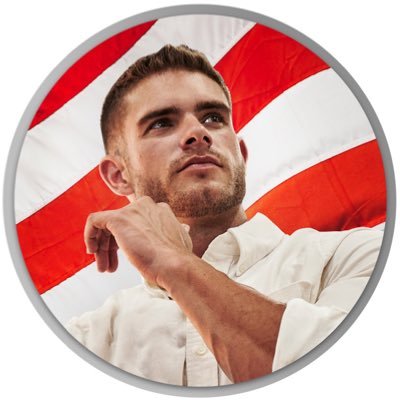 Success is about focusing on the little things and constantly driving the team toward perfection. With Edgemesh, we've taken RedlineSteel.com from six seconds to three, and we've got our eye on breaking the two-second barrier. The numbers speak for themselves. If you deliver an industry-leading e-commerce performance, you'll get industry-leading results.
COLIN WAYNE