“I’m a huge fan of Edgemesh, and it’s had such a positive impact. I don’t want to turn it off.”
Jeremy Thurswell
COO of Kitsch 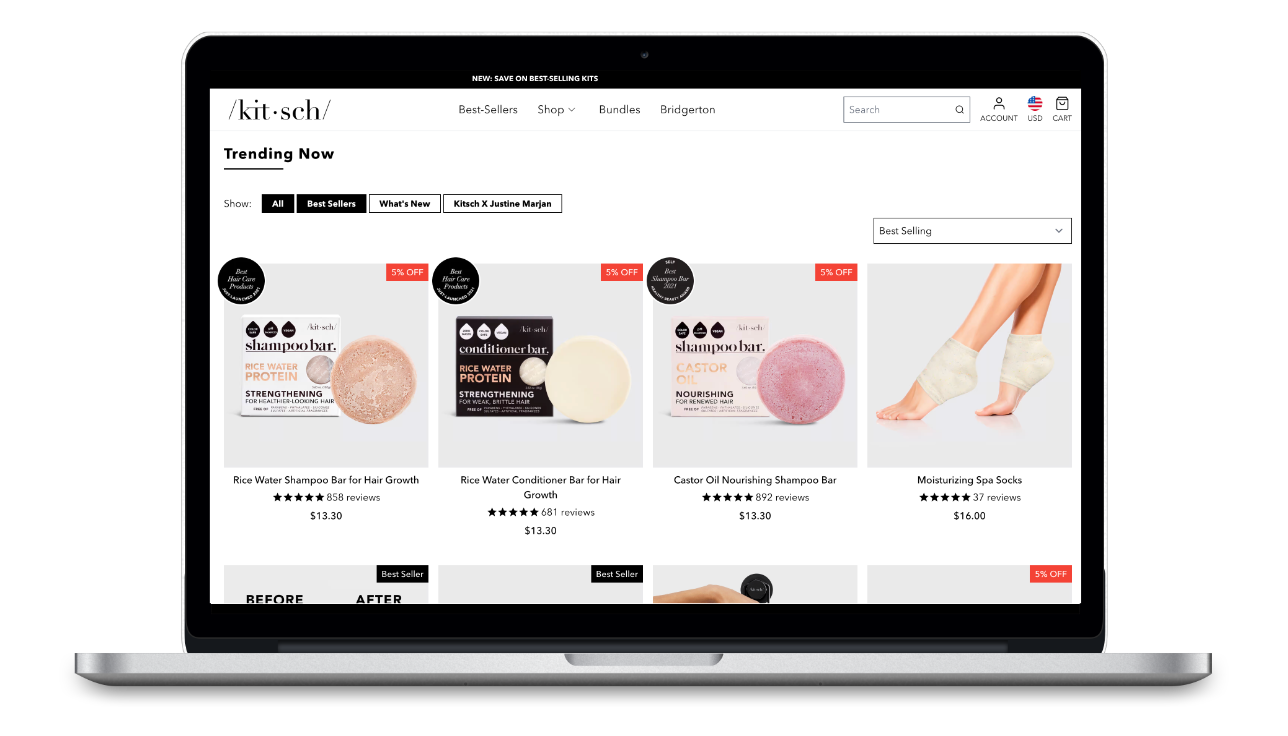 Founded in 2010, Kitsch is a global beauty powerhouse that offers elevated products aimed at hair health — from gentle shampoos and conditioners to bonnets, pillowcases, and elastics that prevent damage. In addition to their thriving .com and Amazon stores, Kitsch also supplies a full range of beauty favorites to over 20,000 retail locations worldwide, including Whole Foods, Target, Sephora, and Ulta.

The Kitsch team had spent years stabilizing and refining their Shopify theme for MyKitsch.com.

But after finding that 80-90% of users were on mobile devices, Jeremy Thurswell, COO of Kitsch, realized the site needed additional support. With mobile shopping becoming more prevalent, especially among Kitsch’s customer base, Jeremy had to find a way to increase speed to convert more of those visitors into buyers.

He tried working with a headless provider — a process that required a year of time, a completely unique architecture, and a lot of resources. And while he loved the speed, responsiveness, and level of control that headless provided, he kept coming up against stability and data analytics tracking issues. Add-to-carts and sessions weren’t being counted correctly, and the site was buggy.

Jeremy knew those glitches were going to negatively impact conversion rates, no matter how fast the site was.

“People’s attention spans are really, really short, especially on mobile. They would leave the site if it took too long to load or add to cart. We wanted as little lag time in the checkout process as possible.”

Headless Performance Without Changing a Thing

That’s when he heard about Edgemesh Client for Shopify. He couldn’t believe the onboarding process was so simple. With just one line of code, Edgemesh gave Jeremy the same speed and control that had taken so much effort to achieve with a headless site — without all the bugs. The best part was, he could keep his already stable Shopify theme.

Jeremy also discovered benefits that he hadn’t even considered. Edgemesh makes MyKitsch.com more sensitive to visitors, whether that’s a mobile or desktop user, a Google crawler, or a clickbot. It helps prevent click fraud and block bot traffic. And it gets pages crawled faster, ultimately improving SEO.

With Edgemesh continuing to roll out new features and provide responsive support, Jeremy has the confidence in the product’s ability to grow with Kitsch for the long run.

“What I liked about Edgemesh was that we didn't have to make a lot of changes to our website. We could basically flip a switch, and we had a lot of the same benefits and controls that we were looking for with headless. It just accelerated our very stable theme.” 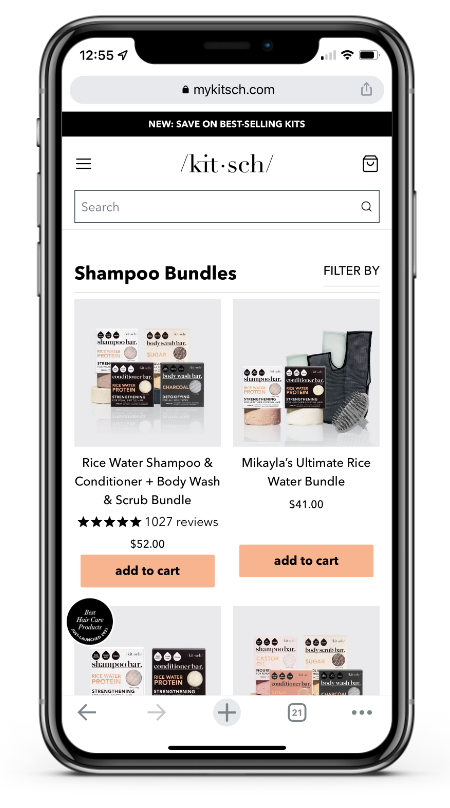 Since using Edgemesh, MyKitsch.com has seen improvements in speed across every major metric.

The site loads in less than one second. The request time has improved by more than 800%. The response time is twice as fast. And the speed will only continue to increase as the system improves.

As a result, conversion rates are on the rise. Prior to Edgemesh, MyKitsch.com’s average conversion rate was around 5.5%. Since the switch in September 2020, the site now holds steady at 7%.

Even with hundreds of thousands of page views over the 2021’s Cyber 5 weekend, MyKitsch.com maintained its speed and hit a record number of sales. The site saw conversion rates of 8.15% on Black Friday and 7.38% on Cyber Monday (well above the 6.4% average for that time period).

“The weekend was incredible. We had a record number of sales and really high conversion. Edgemesh has exceeded our expectations.”

Want to learn more about why

See for yourself how Edgemesh can bring your e-commerce store into the next generation of performance.